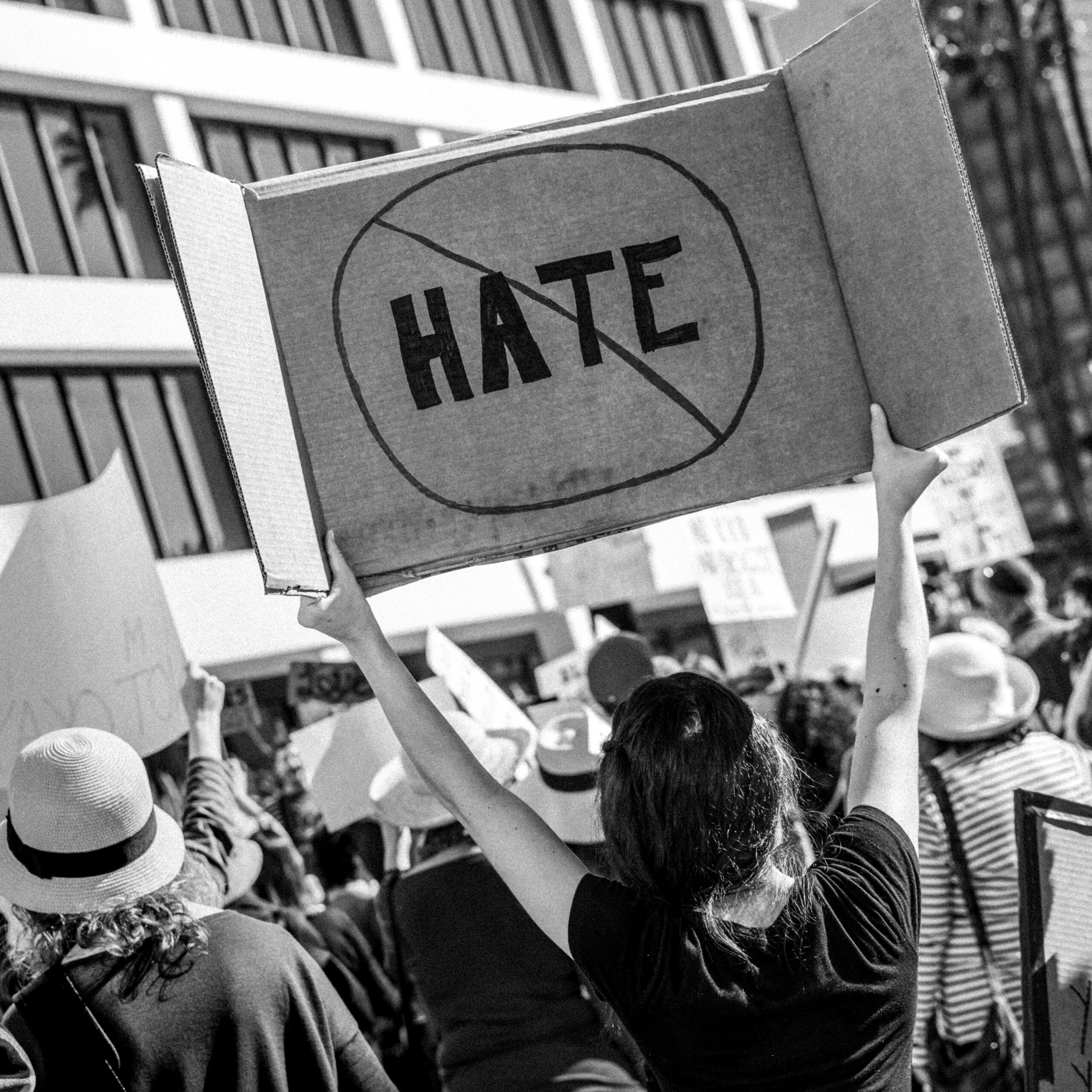 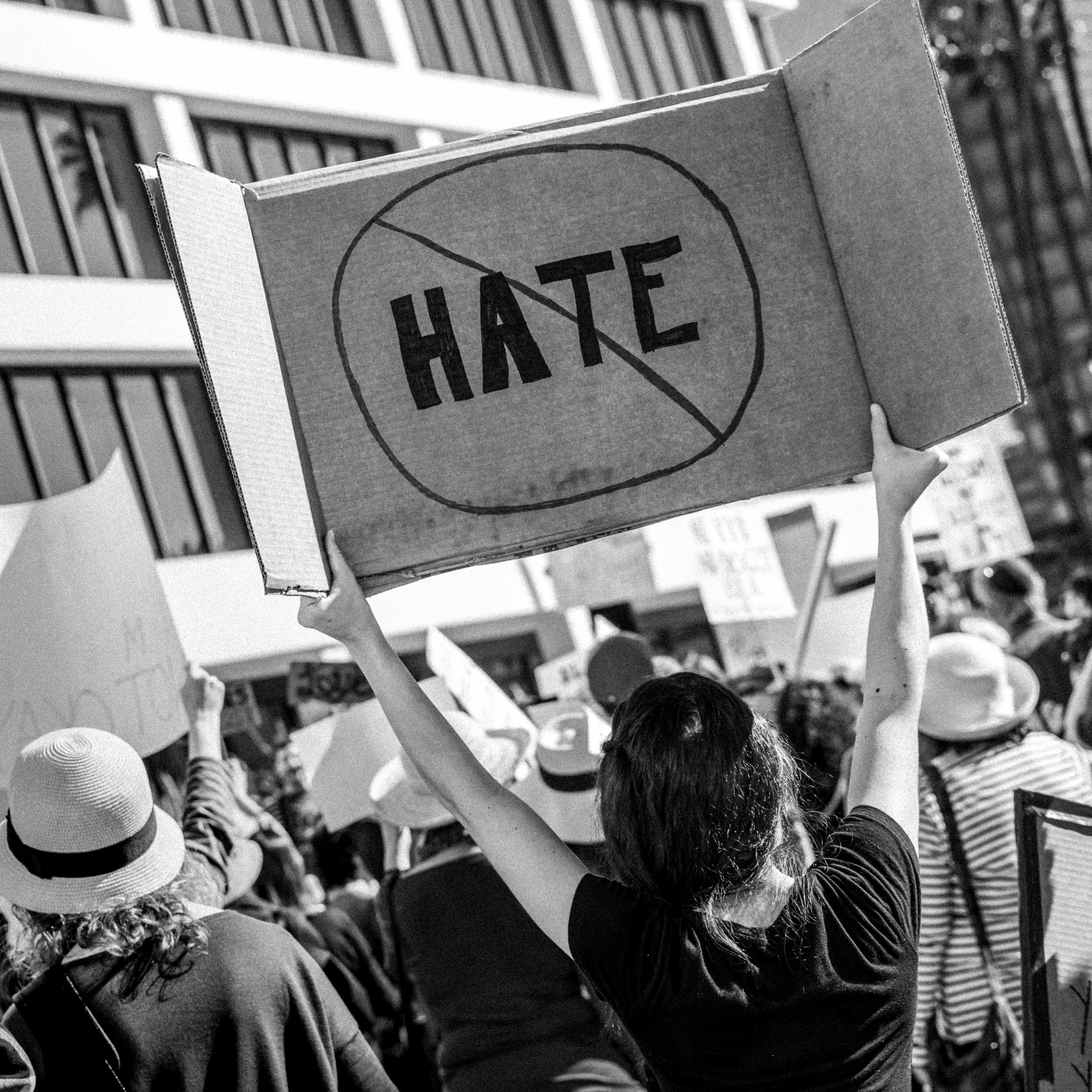 Disclaimer: This story won’t be funny or cheerful, and my better self doesn’t emerge for a few more posts. However, I would fail the readers miserably if I hid this story to protect the ugly parts of my journey. We all have ugly; C’est la Vie.

Ignorance is bliss until it isn’t. In my last article, I cautioned about living colorblind in a colorful world. Please treat this is a tale of innocence lost and the repercussions of that sheltered worldview.

Picture it: Middle School. 1995. I had everything going right for me. Okay, that’s a lie unless you count being excessively skinny, out of control hair, braces, and staggering lack of self-confidence as “going right.” However, I was first chair in band, taking advanced math classes and acing in the academic department. Who wouldn’t want to be me, right?

Honestly, no one wanted to be me at that point in time, but there were a handful of determined girls who wanted to regain their perceived rightful spot on the social ladder. The middle school I attended was a conglomeration of a few elementary schools. These girls were my counterpart at their elementary. They were the best in band, they were the best in their classes. We entered middle school and added an entirely new crop of kids to these girls’ home turf (the middle school was on the same campus as their elementary school).

There we were; taking band together. A mix of students from different schools. Try-outs were held, and I left ecstatic I received first chair. I spent hours practicing at home, and band was my favorite extracurricular activity. What I didn’t realize was the storm brewing behind me in the second row of clarinet players. My victory was their displacement, and to them, that victory was handed to me because I am white.

My favorite school activity soon became my worst nightmare. I found myself dreading band as I knew they had found some new way to torment me each day. I wouldn’t learn their issue with me until two months after band try-outs. I just knew that for some reason I had been targeted as someone to tease relentlessly. I was an easy target too. I specialized in naiveté, and I trusted with my whole heart because until then I had never had anyone hate me just because I was.

Still oblivious to their rational, I tried to carry on. In my mind, they weren’t physically hurting me, so we are good. I lived by the quote “No matter how the wind howls the mountain cannot bow to it,” (Yes, I love Disney). My tactics included feigning indifference to their insults, ignoring them completely, or just saying “ok.” This treatment persisted for two months until the band director finally had enough and moved me to the next grade level’s band.

This story is about to get UGLY. After discussion with MomJonz, we decided to keep it real. Please don’t give up on me. I swear there is a positive in here.

My well-meaning band director thought he had solved my issues when, in reality, he stoked the flames.  Any obliviousness I possessed towards the girls’ perception of me immediately dissipated one afternoon in the fall of 1995. The bell rang to dismiss us to our next class. Texas History may seem an exciting class, but my classmates and I usually ran out from the class like the room was on fire. This particular day I had unintentionally left my books under my seat which meant I had to begrudgingly return to class and retrieve them. When I returned, I found myself, alone, with the three girls that had spent the last two months wearing me down. I deployed the “ignore” tactic, with its 50% effectiveness, and bent down to get my books. Seeing my disadvantage the three girls decided this presented their perfect opportunity to kick me while making sure to I understood I received exactly what I “deserved for having their families in slavery,” and I “only got anything,” because I was white.

I remained silent through tears. I stared down at the floor. In my head, I screamed, “Why me?” Then the worst happened.  My innocence, stolen from me, my thoughts turned dark. I fervently hoped my ancestors had beaten theirs into oblivion. I was silent in that moment, but my head screamed with the rage I felt. I would no longer remain silent.

They labeled me as a racist. I responded in the most mature way possible. I proved them correct.  I took any chance given to repay them for their lesson. I made sure they knew my thoughts about them anytime they decided to comment about my skin color. The line in the sand divided us into black vs. white, and I fought without remorse. I made sure to surround myself with and listen to my new friends.  I learned my most important lessons about race from my peers. You know… the racist ones.

My new friends at my new school lived with this division prior to middle school. These new friends fostered my sense of hurt and scorn. They shared their stories of problems with these same girls and cultivated the hatred growing in my heart. I heard stories about how their families were out of work due to Affirmative Action, and the government makes companies hire black people. Their families were poor because of black people. I heard about every black joke imaginable and laughed. I lapped up the poison they shared, became afraid of interactions with black people, and ultimately very hateful.

Middle school ended. With the damage done, innocence lost and racism installed I moved into High School. My friends would move. My enemies found new targets. My racist attitude would eventually recede and trust gradually returned. I treated black classmates with caution. I remained nice and friendly but kept my guard up. The question “do they hate me because I am white,” plagued my mind. I constantly feared and anticipated the day my classmates would turn on me. Sadly, I missed so many opportunities to make friends because I let my past control the present. I would not fully recuperate from the events of middle school and make friends with a black person until college.

There are so many things I wish I could have known earlier.  I wish I could tell my middle school self why everyone was so angry. I wish with all my heart I could tell middle school me that what I heard from my white friends was what my black classmates were hearing at home too. Both sides felt equally disenfranchised and unheard. These girls I called enemy looked at me and saw what their parents said about white favoritism play out in their own lives. They saw a white girl they didn’t know come in and take their place. They didn’t judge me on my ability or who I am on the inside. They judged me on the one truth that people told them: white people will come and take from you. I wish I had responded with empathy to what they must have felt. I wish I could tell myself not to follow those negative friends, and that hate breeds hate. You must find love to stop hate.

I cannot as an adult condone the negative physical interaction. I can, however, believe my story would have taken a different path had I received a heads up that racism exists. I often wonder if I would have prevented that conflict in the classroom or would have chosen better friends who could have helped me overcome my anger rather than fuel it.

I can’t dwell on the “what could have been,” moments, but I can focus on changing the future. I talk to my children. The future is theirs. My, then 5 yr old child, asked me once why people would kill Martin Luther King, Jr. Explaining that sometimes people don’t like others they think are different lit a fire within to know more. It was a simple statement, but it paved the way for me to lay down a healthy foundation. I could then continue the conversation with history, children’s’ books, or my personal stories. I just needed to take that leap and overcome my fear failing to foster a healthy respect for diversity and equality.

My personal journey continues. I wake up daily and try to at least see the other side before I make decisions. I fail myself when I think only one point of view exists, and that viewpoint is the only correct one. I fail to see diversity and opportunities when I frame my sights only with what I know. I try to be open. I try to be approachable. I try to be a friend. I try to be the wave of positivity in a sea of negativity.

Only after I drug myself out of the swamp of racism could I truly make friends with someone different than me. Join my journey as I tell you about “That time I made a real friend.”

Who is “White and Not Quite Right.”
Hey there. I am White and Not Quite Right, self-proclaimed expert on the art of being white. As an average white female, of average age and average intelligence, I won’t pretend to have all the answers. However, I will attempt to share some deeply personal stories of my journey to provoke thought and positive change for the readers of MomJonz’s blog.

Do you want to join a fun, supportive group of women? Come on over to our supportive, loving and fun facebook group. Mamas and Coffee® is all about the REAL of womanhood. Join Us.
Contributor
Readers, followers, and regular contributors of Mamas and Coffee.If you are interested in sharing your story, let me know.Contact me at momjonz@mamasandcoffee.com.I love hearing and sharing other's knowledge and stories.Your life story WILL make a difference in the world.
Latest posts by Contributor (see all)
Spread the love