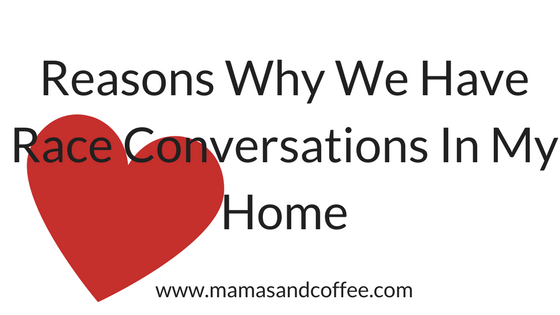 Spread the love
100      more
This website contains affiliate links and sponsored posts. As an Amazon Associate, I earn from qualifying purchases. I am also paid to write articles for brands. But no worries, all opinions are mine.

From my last post talking about seeing color, I had some questions about starting the dialogue with children about race.   I refuse to sit here and say it didn’t infuriate me to have people say that they don’t know how to start that conversation with their child.  It honestly gut punched me.  I wanted to throat punch a few people.  Why?  Because I HAVE to have race conversations with my children on a regular basis.

BUT….I’m a rational person and calmed myself down.  As I took that time to calm down, it was confirmed that so many people genuinely don’t understand.  It’s not that they are racist or don’t care, it’s truly not knowing and understanding or being under the “privileged” umbrella (it does exist and in more ways than just race.  I will talk about this in another post).  So, this post isn’t going to be about ways to talk to your children about race, but this post will be about WHY I must talk to mine.

My family is black.  Yes, just in case you haven’t noticed the header.  That is me; yep it’s really MomJonz in that photo.  Even for the people that say they don’t see color (we all see color, it just doesn’t matter), they do know that I’m black, my husband is black, and my children are black.  The only white thing in my immediate family is our dog.  But, he’s black to cause he lives with a bunch of black folks.  Yo, don’t get your undies all in a bunch cause I said we are black and don’t get your undies all in a bunch because I say we have race conversations in my home.

You see, when we walk out the comfort of our home, I need my children to understand that someone out there will judge them and mistreat them because of the color of their skin.  This doesn’t mean that I teach them NOT to associate with people outside of our race.  It is my duty as their mother to educate and give them the tools to protect themselves against ignorance.  My family won’t argue with hatred nor ignorance; we will attempt to educate you and show love.

Too Many People Equate T.V. With Reality – Reasons Why We Have Race Conversations in My Home

During my random conversations with people I’ve met over the years I’ve been told, “I’ve never really known a black person in real life.  Only on T.V.  So, I think ALL of YOU sell drugs, rob people, etc.”  Ok, after I tilt my head back on straight after hearing “ALL of YOU” and take a deep breath I let it be known that:

2. you are watching a TV show, and sadly there are few shows that showcase black families, but it’s even sadder that there are fewer that showcases a black family with an education, hardworking, dedicated and loving.  Heck, just a show that shows black people living a “normal” life, aka (as white people define it).

So when we sit at the table, we talk about how some people have already decided that because we are black, it means we are uneducated and that we live and support that exact lifestyle they so dearly love to watch on TV each week.  I enjoy watching those shows too.  Why?  Because it’s entertainment, but, they portray black people getting fast money, drugs, killing, in the music game, etc. (All races do this too, just saying).  No, I’m not saying that lifestyle doesn’t exist. But just like white people don’t want me to associate all white people as racist, don’t judge every black person based on what you see on TV as a “thug,” “drug dealer,” etc. (this happens in all races folks). Trust me; I want to address the portrayal of Black Americans in sitcoms in a future post.  Some shows depict white people in a less than desirable lifestyle as well, but I don’t assume ALL white people are as such.  Heck, shows stereotype all races, but you look past and get to know the person standing in front of you for who they are. 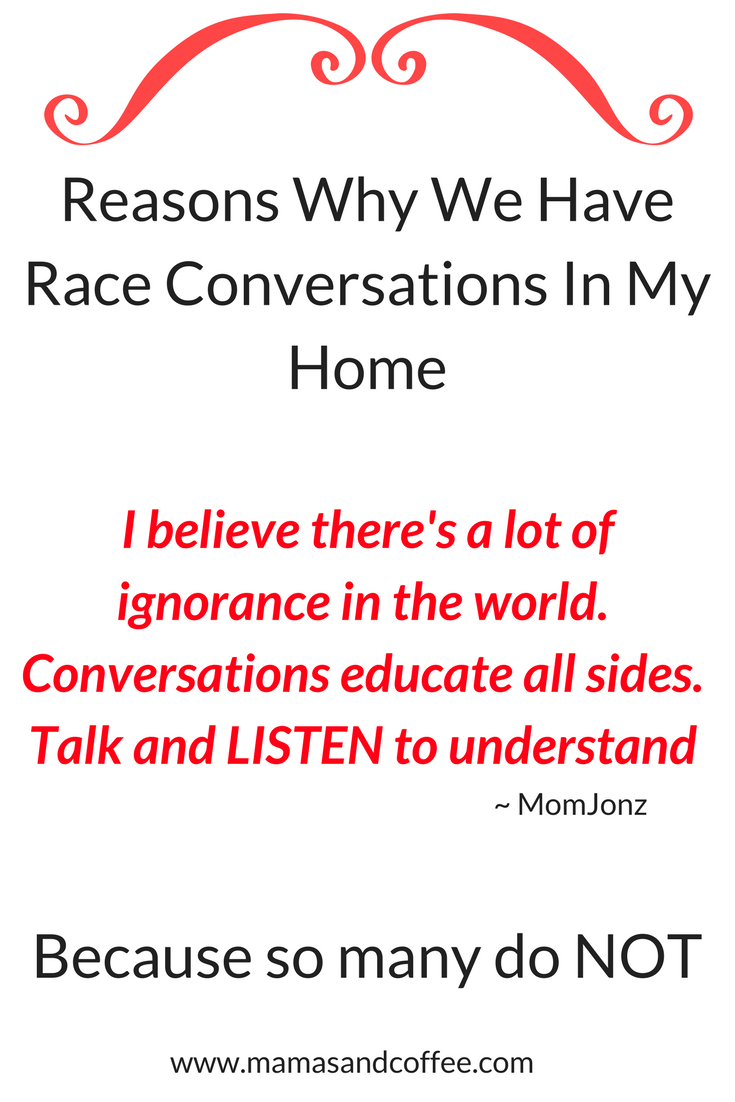 Yeah, you read that header right.  It’s 2017 and when your child walks through the door telling you someone called them out of their name you gotta take a double look.

Ok, I won’t lie.  When it happened the 1st time and my daughter told me someone called her out of her name I thought…”Bitch.”  I thought some other little girl called my child a bitch.  Look, I’m not that mom that gets all worked up about words because at some point in their little lives someone will call them a Bitch.  I’m just keeping it real.  Most females have been called it before or as the words started to flow from the other’s mouth, BIIIIiiiiiiii……they stopped short of swallowing their teeth.  But anywho…..I continued listening to the story and had to ask my daughter to tell me exactly what was said.  Cause, hey the B word just didn’t fit in this context.  Context clues people, context clues.  It just wasn’t fitting.

Of course, she didn’t want to say the word, but I told her to just say it.  When she said, “they called me a Nigger.”  I smiled.  Yes, I smiled.  I smiled out of hurt, sorrow, and joy.  Joy because I know my children, and they know who they are.  But you see, they messed with the wrong “Nigger” that day.  Why?  Because she won’t argue with you, she won’t yell.  She will so very kindly educate you, leave you speechless, give you a history lesson about your heritage and then speak to you the next day.

It didn’t just stop there with her.  All of my girls have dealt with being called ugly names that have racial undertones.  It baffles me when parents say, “we don’t talk like that at home, I don’t know where my child got that from.”  It’s never, “I apologize, let me handle this.”  This, my friend, is where it ALL goes wrong in my opinion.  Buuuuuuutttttttttttttt………….see, it’s quickly turned, and now I’m sensitive, I need to teach mine not to let it bother them.  Hold up!  Wait a minute.  I am pissed. I’m pissed because you refuse to accept my feelings, you refuse to admit the wrong.  See, this is why I MUST have race conversations in my home.  Those conversations give my black children heads up on what to expect, how to handle themselves and how NOT to react out of anger and hurt.

Oh, I have so much more to share about Reasons Why We Have Race Conversations In My Home, but I don’t want to take up too much of your time.  I invite you to follow me/or subscribe(on the right sidebar) to be notified of future posts.  More posts on how I would handle race matters if my children spoke racism toward others, my encounters and experiences dealing with race in America and how to open the dialogue with your children/others.  Because you see, if you’re not talking to them at home, someone else is.  And even though you may NOT be racist, your child(ren) may be learning inappropriate words and behavior from somewhere.  So by not having the race conversation in your home causes me to HAVE a race conversation, anger and hurt in mine.  And this goes for ALL RACES.  Black, brown and white need to have open dialogues about race.

You may not be racist, but you may be ignorant.  The difference is you can open your mind and heart by listening and respecting another’s experience and hurt due to racism or mistreatment (rather you feel it’s real or not) based on their skin color.

If this post made you uncomfortable, good.  That’s the first step of opening your heart and mind and getting this conversation started!  WHHAAATTTT???!!!!

Know You, Be You, Love You™