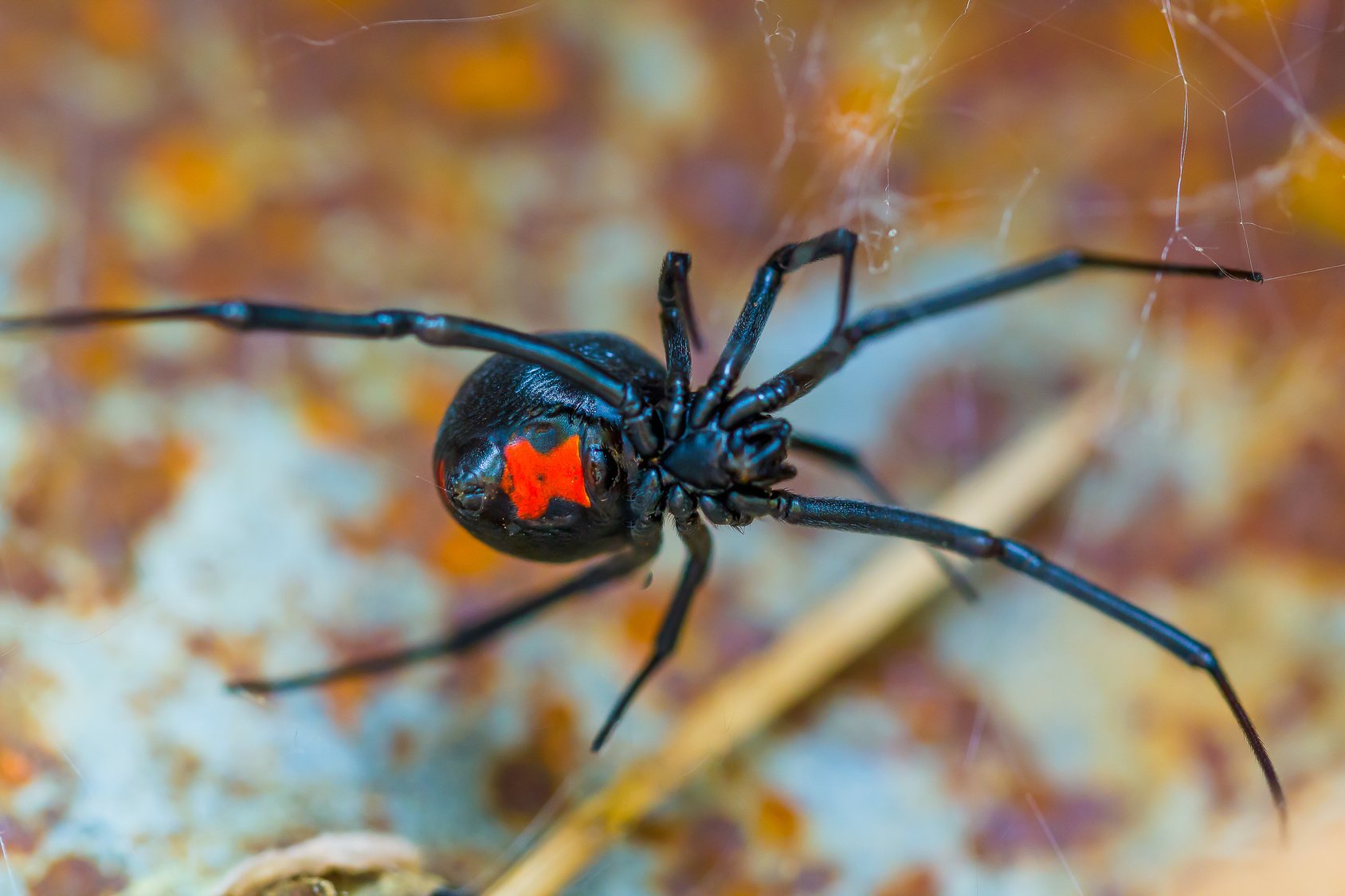 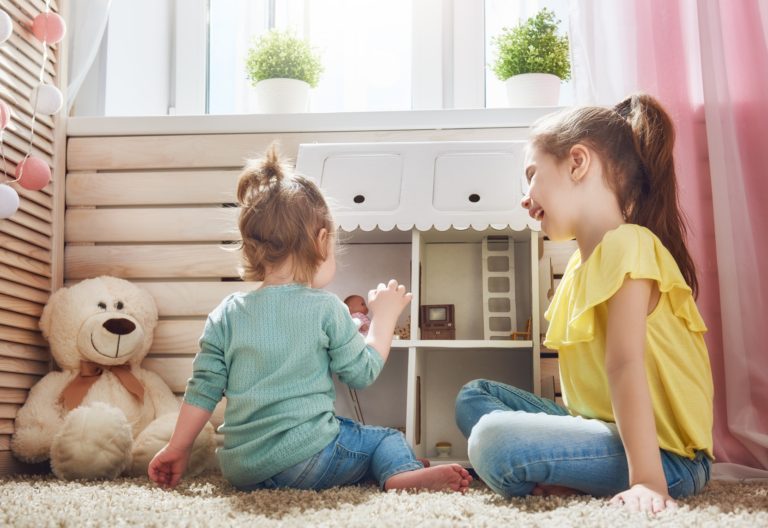 I was looking after my two nieces about a month ago while their parents went out on date night. We were innocently dressing up their dolls when a grotesque spider came scurrying out from under the clothes bin. Just as I always do when I see a spider, I screamed and jumped over to stand on the couch.

Okay, that’s excusable when you’re hanging out with a boyfriend who will now go into “big strong man” mode and take care of it for you, but it did not fly in a babysitting scenario. Thank you, babysitting, for helping me learn about one more thing that I have to tackle once I’m a parent. Once the girls joined me, squealing, on the couch, I realized that it was up to me to kill it or take it outside.

It’s hard to be brave in the face of a giant spider, especially when you have no idea whether or not it’s poisonous. Should I defuse the situation and reassure the kids that the spider will not hurt them, or do I kindly tell them that this is a spider they need to avoid? So I did some research. Here is a brief look at the most common fatal and non-fatal spiders.

Here’s some good news: There are an estimated 20,000 species of spiders in the United States, and only about 60 of them are capable of biting a human being. Moreover, of those spiders that are venomous, only two have medically significant bites that pose a serious threat to humans. 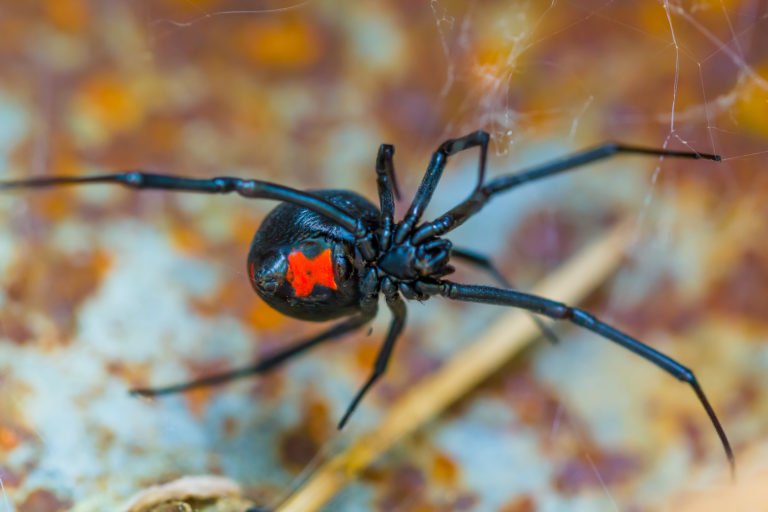 Black widow bites can sometimes be fatal, especially in the young and elderly. But even if not deadly, a black widow bite can cause serious illness. Black widow females bite, while males do not. Black widow females are about 1 ½ inches in length including the legs. Their bodies are typically shiny and black and feature a red hourglass shaped mark on the abdomen. If bitten, seek medical attention immediately.

Brown recluse bites are often not immediately painful, but they can be very serious. Brown recluse venom is capable of destroying red blood cells, disrupting blood clotting, and killing skin tissue. These types of symptoms result in only about half of brown recluse bites, though, which means that death is relatively rare. Still, death can occur—especially in children under the age of seven. Brown recluse spiders are about the size of a U.S. quarter and can vary in color, from whitish to dark brown to blackish gray. They sometimes have a characteristic violin shaped marking on their backs, located on the head, with the neck of the violin pointing backward toward the abdomen. If bitten, seek medical attention immediately.

Hobo spiders do not have fatal bites, but their bites can still result in a variety of negative health effects, including skin ulceration, severe headache, nausea, fatigue, and temporary memory loss. They are typically about ⅔ inch to 2 inches in length and are brown in color. They tend to have several chevron shaped markings on their abdomen. Even though their bites are not fatal, you should seek medical attention if bitten.

Wolf spider venom is not fatal, but it can cause swelling, mild pain, and itching. They can range anywhere from ½ inch to over 1 inch in length, and they are mottled gray to brown in color. Even though their bites are not fatal, you should seek medical attention if bitten.

Black house spider bites are not lethal, but they can cause severe pain around the bite site, muscular pain, headaches, vomiting, and heavy sweating. Therefore, you should seek medical attention if bitten. They are generally ¾ to 1 ¼ inches in length including the legs, and they have a black velvet textured appearance.

Cellar spiders are one of a few types of spiders often called “daddy long-legs.” Their legs are usually about 5 to 6 times the length of their bodies. They are essentially harmless because their fangs cannot penetrate human skin. These spiders actually prey on hobo spiders, so they’re actually not the worst spider to have around.

These aren’t technically spiders, but we often find them in our basements, and we call them “cricket spiders” often enough for them to be mentioned here. Camel crickets are usually light tan or brown, and they have an anatomy that resembles the body of a spider and the legs of a cricket. They also hop when startled, which makes them especially scary. Fortunately, they do not have fangs or the ability to bite humans. 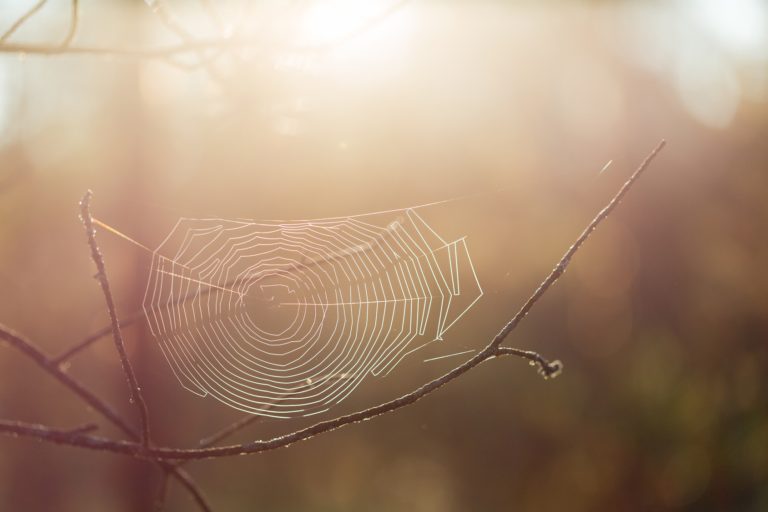 On a final note, be sure and remember that spiders don’t have to be an everyday occurrence in your home. As this article about preventing spider infestation details, there are a variety of ways you can keep spiders out of your home, such as trimming your trees, sealing your windows and doors, eliminating clutter, and getting regular pest control service. With a little knowledge about spiders and how to keep them out of your home, you can go a long way in protecting your family from the dangers and inconveniences of spiders.

Thanks Maurine for sharing this informational article with us.  I don’t like spiders one bit.

Do you want to join a fun, supportive group of women? Come on over to our supportive, loving and fun facebook group. Mamas and Coffee® is all about the REAL of womanhood. Join Us.
Contributor
Readers, followers, and regular contributors of Mamas and Coffee.If you are interested in sharing your story, let me know.Contact me at momjonz@mamasandcoffee.com.I love hearing and sharing other's knowledge and stories.Your life story WILL make a difference in the world.
Latest posts by Contributor (see all)
Spread the love